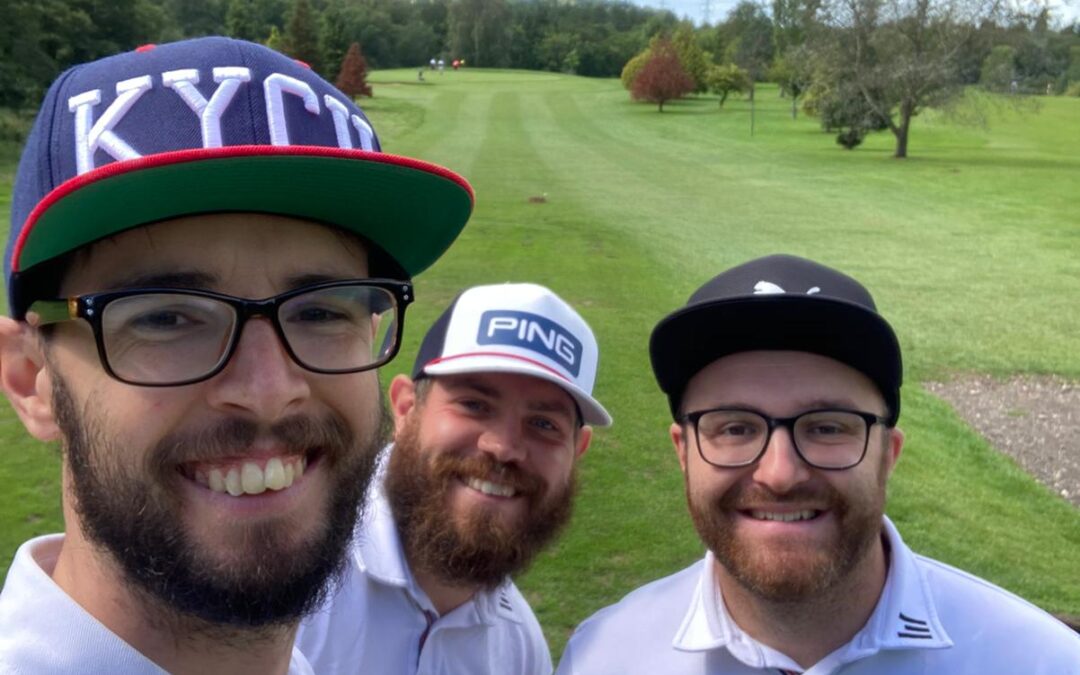 The next swingers event came rapidly upon us, with a new venue hosting the Swingers in Chilworth GC.

A par 69 with no less than 6 par 3s early whispers were that it could be a very low scoring day… and it certainly was the case with the sheriff of the swingers managing to hold his nerve on the 18th to emerge victorious with a 6 under par round. The leaderboard was splashed with red numbers but next in line were Big Moz, Jason Hardy and Tank who all shot 4 under and in third place is chairman Fuhrer with a mightily impressive -3 going level par for the last 12 holes.

The first prize hole of the day, a 296 yard par 4, with trouble on the left and trees in a good area to block the green on the right was won by Jason Cooke… who’s drive nearly made the green and second shot was left agonisingly close for eagle but was never in danger of being beaten.

Longest drive then came on the par 5 9th. A few names were on the sheet but eventually Jimmy Rowley took the prize in the last group of the day.

The very next hole offered the next prize opportunity. And there is a very strong case to put him forward as the most improved swinger, next to our overall winner on the day, as Tank’s stinger wedge found the dancefloor around 5 feet away from the pin as he carried on his recent run of great form.

An 89 yard par 3 always proves difficult in some instances being in between clubs for a lot of people. But Kit King David Wallace showed no such indecision as he stiffed it to about 2 foot to win his first prize of the season and keep up his own recent run of good golf.

And we had a bonus nearest the pin prize, kindly donated by little tiny baby toddler Moz where Jason Hardy, who after years of playing off the same ladies handicap, has suddenly sprung into life and sharpened those scissors by playing some great golf. Put his second shot to nigh on 3 foot and claimed a new hat for his collection, which was proudly modelled by the family pooch.

And last but, well very means least, after a torrid last 5 holes the wooden spoon went to Mr Dan Pidgeley with an impressive +20 score who couldn’t hide his delight at having to take the spoon home….

So well done the Sheriff and to all who came. Next event is South Winchester on the 3rd October we look forward to welcoming you all there soon.